These huge spiders inhabit Heroes' Rest, from the underground sewers to the crypts and churches on the surface along side skull archers and other troops of the skeleton army. Stalking spiders behave as lone hunters. They don't live in packs, once they are born the mother abandons the nest, forcing their children to survive by themselves. They like to hide near cliffs and platforms to jump over the heads of their victims, taking them by surprise. These monsters are big but sneaky despite their size, however, they can be detected due to the particular smell and the hiss of their jaws.

Stalking spiders are disgusting arthropod life forms with some anatomic differences from other spiders. They have only four eyes and four paws, which make them more close to insects than arachnoids. Despite that, everyone knows them as stalking spiders, a name that speaks for itself. They move by using their legs to jump and reach distant platforms and cliffs. They use the same method to catch their prey. The eyes of the stalking spiders are yellow and allow them to see through the dark rooms, sewers and crypts of Heroes' Rest. People say that once you've seen four yellow globes it is already too late.

Like spiders and insects, they have an exoskeleton to protect the soft parts of their fat organism. On the other side of this body shield, there are five stomachs and two pairs of hearts. They have a pointed tail that they can use as a weapon.

Their legs are thin but very strong. Stalking spiders are able to reach a great jump height thanks to the muscle fibres in their legs. These creatures use these jumping skills to get over the head of their victims. They use their sharp maws and paws to latch onto the skin and tear apart the limbs of their targets. Their excellent night vision allows the stalking spiders to catch any unsuspecting adventurer by surprise.

Despite the damage, they are able of doing, they can only use melee attacks. Stalking spiders lack any long-range combat option. Thet can't throw projectiles, their own body is their only weapon. Besides their limited combat mechanism, their body armour is weak compared with other arthropods. Three sword hits are enough to kill a stalking spider.

Stalking spiders can be a real threat if they manage to corner their victims against a wall or an impassable cliff. Otherwise, they won't be a problem for an experimented warrior. Jumping over them until they start the attack and throwing them arrows are the best strategy to deal with these disgusting creatures. The dash move is essential to avoid their in-coming attacks. 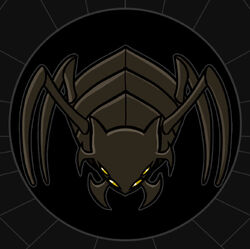