Golems are crystalline life forms that inhabit the Ascension Cave. These beings are dangerous and aggressive creatures that attack any stranger due to their territorial behavior. They can be found hiding in tunnels or in ambushes near waterfalls, even next yo goblin settlements and slime crystal nests. When they reach adulthood, they abandon their clan and live alone, so it is not common to see large groups of golems in the same place.

They are a precious animal for hunters and smugglers. Their skin is cover by crystals that many jewelers use to make pendants and ornaments of all kind. This crystalline sheel offers an excellent armor against predators and direct attacks. Their spherical body has a pair of legs and arms, and allows them to adopt a certain posture to and attack their vitctims.

Golems can resist multiple hits due to the crystal shield over their body. When they start rolling they smash anything on their way and shot multiple crystals after crashing with a wall... or someone. This attack move is practically unstopable and can do serious damage to their targets

Despite being crystal balls of death, they are very slow when they are not rolling, and defenless after crashing. Their rolling moves can be easily avoid with the right timing and skills. However, it does not make them less dangerous. Being in front of them is a certain death.

Use the dash move and the teletransport mechanic to avoid their roll attack. You can try to jump use your sword over their back to damage the crystal shield while they are rolling. Throw some arrows after they crash and never stop jumping over them. Be careful with their crystal shots and hit them fast before they start rolling again. 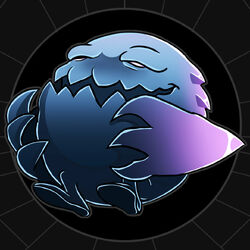 The King of Darkness hit a golem before it starts rolling